'In the Corners of Clouds' - Album Trailer

In the Corners of Clouds 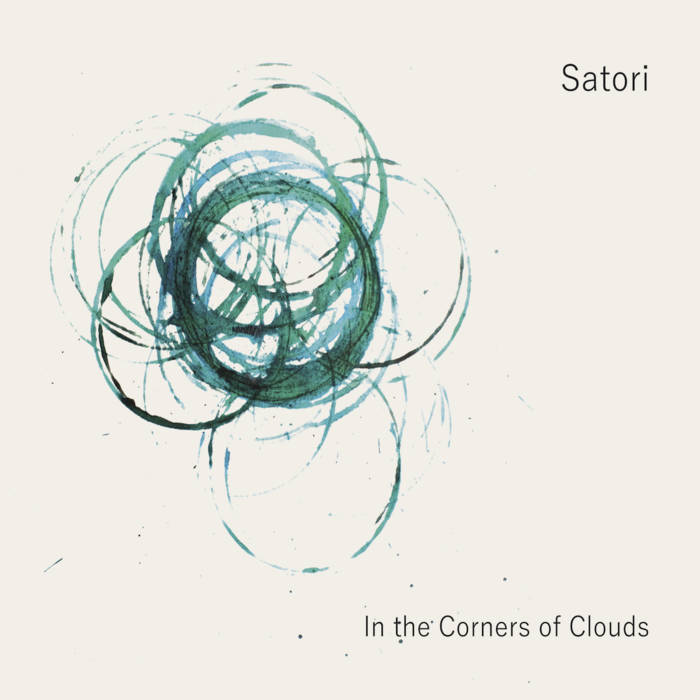 Saxophonist and composer Josephine Davies is engaged in a continually evolving, creative musical expedition with near-chordless trio project Satori; and for this second recorded waymarker, In the Corners of Clouds (the follow-up to the 2017 Whirlwind debut, Satori), she welcomes drummer James Maddren alongside existing double bassist Dave Whitford to explore eight original numbers, fronted by her own inquiring tenor resonances.

The spontaneity of this purely acoustic trio has already captured imaginations, as well as spurring Davies on in its progression. “We played a lot of shows after the first release and soon after I had written another album’s worth of material; and because our approach has become more and more open, I began to see my tunes mainly as a basis for improvisation. It might be seen as limiting to have no traditional "harmonic instrument" in this line-up—especially with the deeper frequencies of the tenor—but it actually throws melody to the fore, which I like. And if melody is happening you really can do whatever you want. We create so much space together that it actually encourages me to both compose and play in a different way.”

Comprised almost entirely of first takes, the less-rehearsed immediacy of Satori’s sound is fundamental to the ambiences which Davies seeks, and is encapsulated in opening number ‘Wabi Sabi’, named after a Japanese philosophy which embraces and celebrates the beauty in imperfection. Here, Whitford’s rhythmic ostinato and the core melody are broken up, creating an oriental long groove for improvisation before being put back together into a similarly beautiful state. Davies’ long-held fascination with the music of John Coltrane can be heard in ‘Dancing Saint’, its bluesy, smouldering rhythms and long, shaped tenor lines paying homage (with animated individual features for bass and drums).

Title track ‘In the Corners of Clouds’, prompted by two Haiku based on these opposingly angular and ineffable subjects, “arrived very quickly and fully formed”, explains the saxophonist; and its almost singer/songwriter feel is characterised by an attractive, cantabile, downward sequence. Gingerly-trodden ‘Oddities’, built from a clutch of motif snippets, leads to ‘The Space Between Thoughts’, whose finely-spun thoughts echo Buddhist meditation. The impassioned weight of Coltrane-like tune, ‘Cry’, pushes tenor out close and high, dramatized by rumbling bass and drums, only to be contrasted by the joyful South African township sway of ‘Lazy’. To close, ‘Scattered’ (a favorite of the saxophonist) travels through differing key centres, sans time signature, with complete abandon.

Reflecting on the affecting unrestraint of Satori, Josephine Davies concludes: “As a culture, we mostly don’t celebrate the crusty, technically imperfect, unglossed aspects of life, but rather seek perfection—and that doesn’t move me. I’ll always go for the intangible or the emotional; that ‘creative something’—which is what I feel all the timeless albums have got. The enduring appeal of Satori is its freedom—a wonderfully exciting and valuable experience.”

“Densely rhythmic with a sturdy sense of melody and deeply intertwined lines among saxophone, bass and drums… Definitely a band to watch.”
★★★★½ DownBeat Magazine

"Refreshingly imaginative and invigorating."
★★★★ All About Jazz

"Davies sketches eight open forms to benevolently move through as she whispers, pronounces and bleats during tracks like 'Lazy' and the Coltrane-esque 'Song Of The Dancing Saint'.”
DownBeat Magazine

"Thoughtful, bottom-heavy drumming lines up perfectly with Whitford’s deep, booming bass. Somewhere between and in front of them, Davies plants her feet and digs deep."
Stereogum

"The personal as well as collective cohesiveness of its personnel reads repeated listening."
Jazzwise Magazine

"Davies continues to demonstrate her mastery of the saxophone trio format."
The Jazz Mann

"In The Corners Of Clouds" is a compact self-contained album, yet exciting and always with a hint of 'freedom'."
Radio Okerwelle

"The trio relies on its spontaneity, creativity, and ability to listen to one another and respond to what's heard."
Jazz Now

"The notion of a trio as a three-way musical discussion has been with us for a while now, but it’s still a treat to hear it manifested with the depth and subtlety that it is here."
Jazz Journal

“Davis has a gorgeous Lester Young airiness to her tone, and uses it well... Sound wins the day here.”
Jazz Weekly

“Excellent expression from the ensemble, bass and drums serve the rhythm, but also play a pivotal role in the creation of a dreamlike sound from the subtle improvisations."
Musik an sich

“A piano-less trio demands immense strength, imagination and skill from a saxophone player. Josephine Davies has it.”
Stereoplay