← more from
Whirlwind Recordings
Get fresh music recommendations delivered to your inbox every Friday.
We've updated our Terms of Use. You can review the changes here.

'How Can We Wake?' - Album Trailer

How Can We Wake? 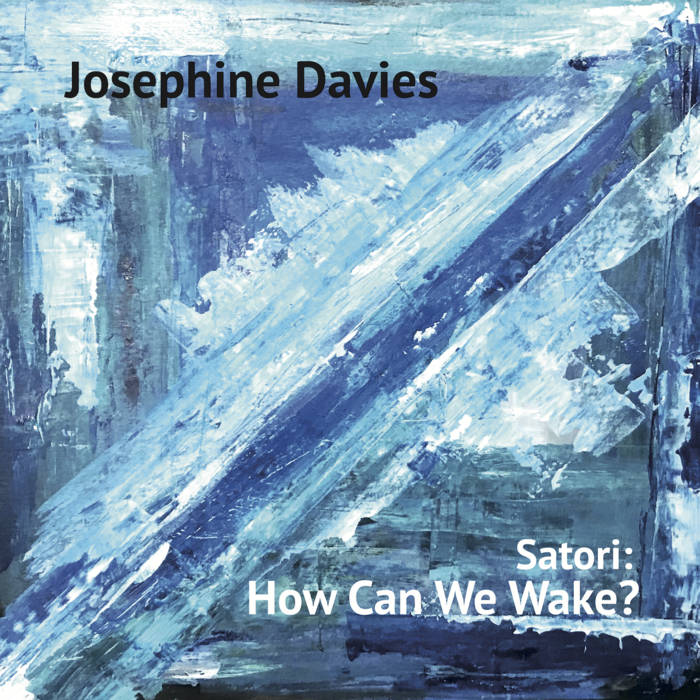 The Executioner from Turandot

Josephine Davies continues to assert her unique presence across the crowded landscape of international jazz with the latest release from the acclaimed trio project that she has been developing since 2016 under the name of Satori. This latest iteration reunites her with two of the UK’s most uncategorisable talents: both Dave Whitford on bass and James Maddren on drums combine a fearsome level of accomplishment with a fearless appetite for improvisation that makes them the perfect partners in this venture.

‘Satori’ is a Buddhist word meaning a moment of presence and inner spaciousness away from the clutter of thought, and this recording captures a particular moment of presence as the band perform a suite of pieces, poised in the space between composition and the mindful spontaneity of collective improvisation, before a rapt audience at the Oxford Tavern in Kentish Town. Taking the writings of the Indian sage Patanjali as an inspiration, Davies created the pieces for How Can We Wake? as sets of melodic and rhythmic parameters for the trio to explore in the heat of the present moment.  “What happens between us in the trio is more and more based on group collaborative improvisation: the tunes are more wanting to reflect different states of being rather than specific set musical ideas. Dave and James are such incredibly creative musicians, and that’s taught me as a composer to realise that less can be more - they’ve both got such strong individual sounds. James has so many different voices and creates a constant movement around me as I play, and Dave has an amazing deep, grounded bass sound. They are magical!”  On this remarkable recording Satori combine forces to create an inner space filled with melody, rhythmic freedom and empathetic interplay.

Each movement explores one of Patanjalis’ definitions of states of being, encompassing both positive and negative moods to reflect how “we all swing between these different states. It’s why I wanted to record live, so all the pieces could relate to each other as we moved from one to the next.’  ’Ananda’ is the state of bliss - ‘I was feeling very calm and positive which is quite unusual for me as I can be a bit hectic!” It segues into ‘Duhkha - Pervasive Dissatisfaction’ expressed through a thrillingly dynamic solo exploration for Maddren at the drumkit. Next, ‘Nirodha - the possibility of liberation’ has a yearning melody beautifully realised by the dialogue between Whitford’s deep, woody bass and Davies’  warm-toned tenor sax. ‘Mudita’ has a joyously irreverent melody inspired by Ornette Coleman’s Golden Circle trios – “I love that rawness and freedom” - that develops into an extended blow with everyone free to take the piece in whatever direction they want. ‘Daya’ is inspired by the essence of compassion, with a sinuous thread of plaintive soprano writhing over resonant bass, and segues into the powerful, impetuous groove of ‘Klesha - affliction’ - as the trio work from turbulence towards a final statement of positivity, and a spontaneous reprise of ‘Ananda - Bliss’.

How Can We Wake is the first line of a poem written by Davies’ mother and has a particular resonance under current conditions, unforeseen when the album was conceived and written but now demanding an extra wakefulness from us all. “Being fully awake and alive and facing ourselves and our responsibilities might be something that we are forced into, so we can’t go back to sleep”. The powerful combination of fearless free improvisation and melodic empathy from these gifted players creates a powerful and timely statement.

"An introspective display of the bandleader's musical prowess and the ensemble's unquestionable simpatico on a record of timely urgency."
DownBeat Magazine

Josephine Davies’s Satori project is becoming a joy to watch unfold over the years… Davies has created something a little bit perfect in itself.”
★★★★★ UK Vibe

"Confirms Satori as one of the most consistently creative trios around, drawing on the inspirations of the past to create something of the moment, with a genuine contemporary relevance and resonance."
★★★★ The Jazz Mann

“Satori is among the most engaging young bands on the British scene… Cerebral, nuanced and reflective.”
All About Jazz

‘There’s a natural coherence to ‘How Can We Wake?’… Both challenging and listener-friendly.”
★★★★ Jazzwise Magazine

“Davies has the technique to merge genres... An intriguing album.”
Bebop Spoken Here

“On How Can We Wake? we hear the chance of liberation… Melodic mosaics make a moving barrage of sound.”
Jazz'halo

“The powerful combination of fearless free improvisation and melodic empathy from these gifted players creates a powerful and timely statement.”
Jazz in Europe

"[How Can We Wake?] confirms Satori as one of the most consistently creative trios around, drawing on the inspirations of the past to create something of the moment, with a genuine contemporary relevance and resonance."
★★★★ The Jazz Mann

"[How Can We Wake?] reaffirms Davies singularity in the world of international jazz."
France Musique

"The trio transports us into a world of Buddhism, situated between composition and improvisation."
Jazz'halo

"A terrifying level of proficiency with an insatiable appetite for improvisation."
Rhein Main Magazine

"Davies has an exhilarating grasp of mid and low-end multiphonics and other tonal distortions."
All About Jazz

Frayle's Gwyn Strang and Sean Bilovecky join the show to talk about their cathartic new album.